For many years now boarding schools have been present in the public mind and in popular culture. It has been a perennial subject among equally popular novels. Many people have read about these schools, and have their own ideas about the nature of boarding schools. Some of these ideas and preconceptions, of course, may not be quite rosy.

Fortunately, these stereotypes are just that: stereotypes. They are usually embellished to exaggeration. In reality, boarding schools come, quite literally, in different shapes and sizes. Each have their own identity, and each are run by people who in turn shape and are shaped by the school’s identity. It is true that many boarding schools have been established for many generations, and have a great and formidable traditional background. These often have a rich history to recommend themselves to parents and society. Others are more have a more contemporary orientation outlined, with more modern visions and missions to be followed and fulfilled.

In Great Britain, the earliest forms of educational establishments date back many centuries. And as the British Empire rose to power in the 19th century, the boarding school system developed and spread. Since many of those in the English upper class served in the military and government overseas, they wanted their children to be educated in England. Thus, the number of boarding schools increased.

While most boarding schools today are considered quite pricey, originally they became popular due to reasons of practicality. Transportation in those times was inadequate for even the wealthiest of families. Even daily travel to and from a local school house could be difficult or impossible for many students. Staying at school, then, was viewed as a welcome solution.

The first boarding school ever established in the United states was West Nottingham Academy, in Maryland, established in 1744. It still continues its operation today. American private boarding schools were patterned after the British schools. Salem Academy, which was founded in 1772, was originally a day school, later on adding boarding facilities.

With emergence of the industrial revolution came the modernization of roads and transport. As a result, boarding schools began to serve more and more students, and acted as a transition ground for entrance to the finest colleges. Many of these secondary schools are still in operation.

Do you currently consider taking your teen or teens to military boarding school? Does your teen have interest in joining the military when he or she becomes of age? Do you have interest in getting your teen interested in the military when he or she comes of age? Or maybe you simply have behavior issues with your teen which are so out of control that you need a 3rd party interference for your teens best interests even if he or she does not actually believe it is for the best. Sometimes when teens get into the wrong crowd from going to public school negative influences and peer pressure can change your teens way of seeing life and specific daily activities, this could lead to a teenager who simply does not want to stay out of trouble, may be into drug abuse, or inappropriate sexual relationships behind your back.

Sometimes these problems are casual and you speaking with your teen and taking personal action in their life will fix the problem, but sometimes this is not possible and when it comes to either boarding school or a lifetime of imprisonment in teen facilities which have absolutely no affect on correcting your teens behavior just simply making it worse military boarding school could be your only option.

What is military boarding school and how can it help my teen?

Military boarding school is a school which your teen would stay at for a short to long period of time. The schools have several sections of rooms in which the teens would sleep in at night with group dining rooms, activity facilities, and outdoor programs and clubs, these facilities are called boarding rooms, hence the boarding school name.

Each student gets a direct one on one learning experience from attending classes with fewer students per room then a public school which gives each teen a better chance at success at learning, while also receiving a more personal monitoring system.

Most military schools will use exercise and physical activities to teach your teen’s healthy habits keeping them busy and preoccupied so they develop a sense of appreciation for the relaxing luxury life and a sense that doing wrong is not worth the consequences. As to mental health students of boarding schools will get to attend groups where students all come together in small numbers at a time and speak regularly with each other and a psychiatrist or counselor to express their feelings and relate to one another.

In cases in which a child’s defiant behavior has proven to be uncontrollable by the parents, a boarding school may be the answer. A change of scenery and authority figures may help the child that has emotional or substance abuse problems.

There are several different ways to go if you choose a boarding school for such a child. You may choose a conservative boarding school for the motivated child who takes the scholastic achievement on their own initiative. In this type of environment, no therapy is offered.

A military school may help in some cases. This is a setting with strict rules and an even stricter schedule, keeping the child occupied at all times. Again in this type of boarding school no therapy is offered.

A therapeutic boarding school may be the right match for a child dealing with self destructive issues. At these schools, improvement is guaranteed in your child’s behavior. They are more expensive, but therapy in individual or group sessions or a combination of the two is available.

Specialty boarding schools offer help to troubled youngsters, and their program is based on the individual problems of the child. These schools are also expensive, but offer a high rate of improvement in your child’s behavior. The system is normally based on rewards and as the students’ behavior improves more privileges are earned. Therapy is also usually offered in individual, group or a combination.

Boarding schools have several items in favor of them. First, a child is constantly supervised and has a structured environment. The teacher- student ratio is usually better than at day school. The courses offered in boarding school are more challenging than those in regular school, encouraging more academic growth. The student will learn responsibility and self sufficiency.

Before packing your child up and enrolling him, you must also consider the con side of boarding schools. Your teen will be away from his parents and family. Academic work will be harder than that of a regular day school. There will also be a period of adjustment for the teen. Finally, the school may have its own strict set of rules and regulations, which if not followed may result in your child’s expulsion.

Weigh these factors heavily against the problems your child is having. If you decide boarding school is the right choice, check around for schools nearest you that have exemplary reputations, and make your choice.

END_OF_DOCUMENT_TOKEN_TO_BE_REPLACED 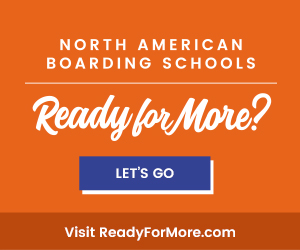